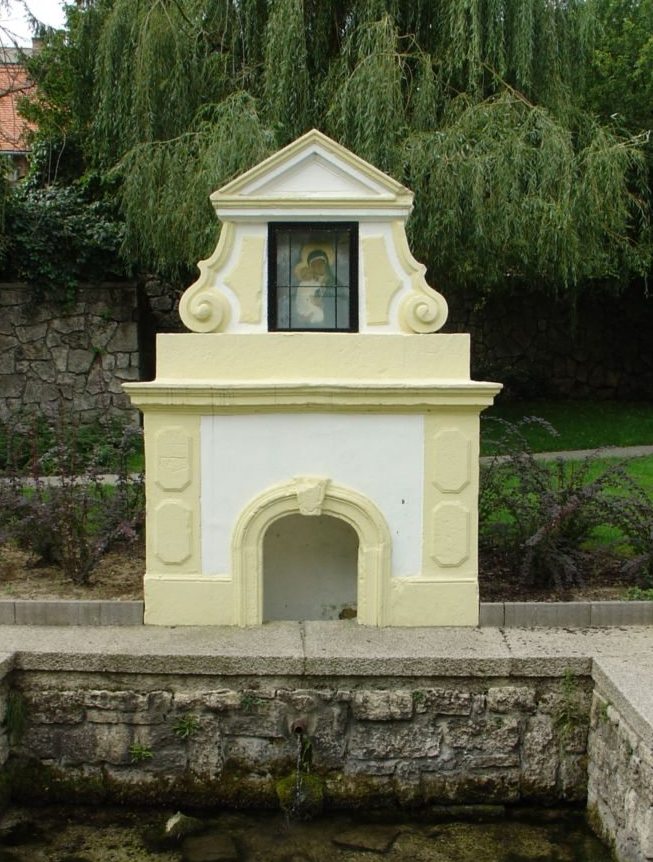 On the western side of Kistó, there is a baroque well-built structure built at the source at Szentkút, which was once built at the Véndek Mountain, and which was restored and erected in 1984 by the City Architectural Association. On the front side, it was originally a Madonna picture painted on a iron plate, but it was ruined. The painter Erzsébet Udvardi undertook painting a picture of Madonna, which was placed in a booth with glass protection on request. As a sacral building, it was devoted to Csere Sándor canons.