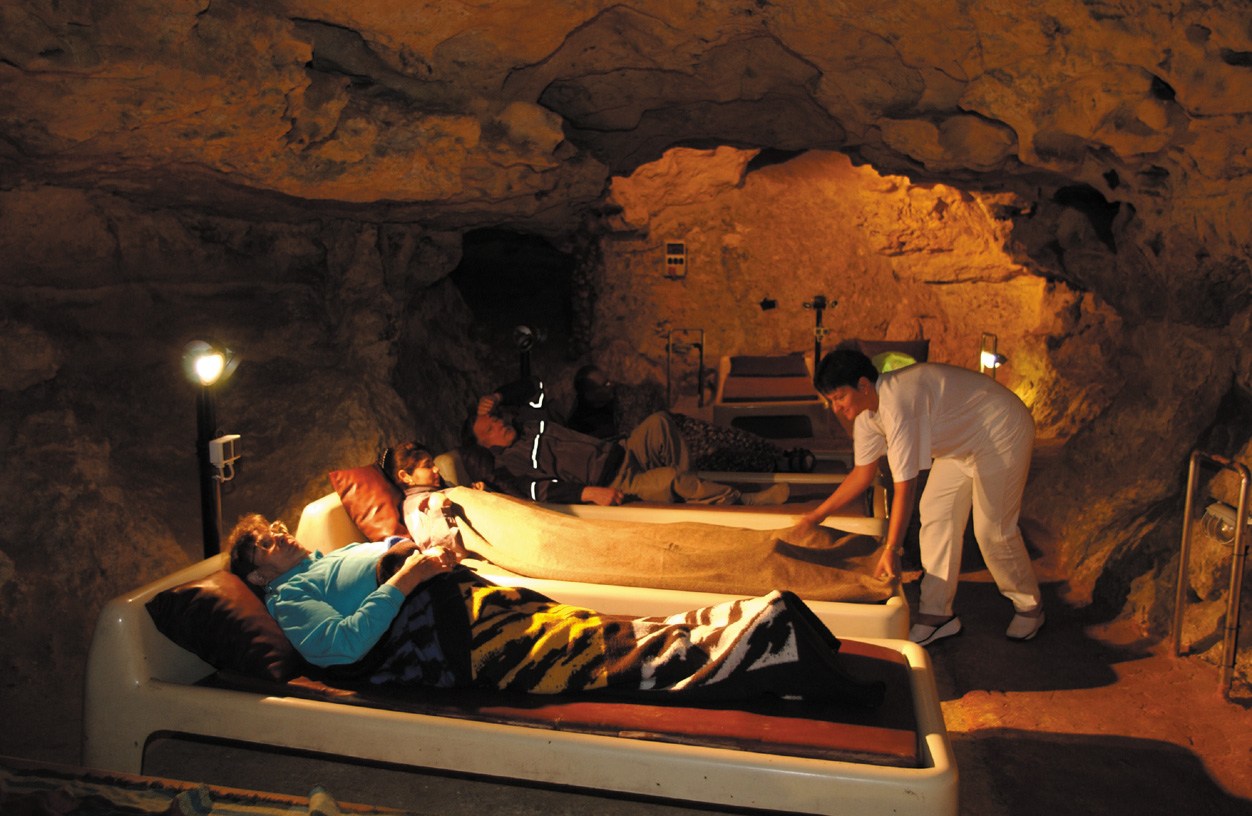 In 1902 it was discovered that under the town of Tapolca there is a cave system in the limestone of Sarmatian in the Balaton Uplands, part of which is covered with water, which is a tourist attraction today.

The section under the hospital is part II. He served as a shelter during World War II. The effect of air on respiratory illnesses has since become known to residents of the area. As a result of the findings of the specialist opinions and the effects of the composition of the cave’s air and its effects on the human body, in 1973, a part of the Tapolca cave system was developed to treat respiratory illnesses, which have been operating as official cave hospitals since 1982 with the permission of the Ministry of Health.

Cave therapy is not a passive use of a specific climate, although climate can be effective in itself, but a specific, complex respiratory rehabilitation for the conditions of the cave microclimate.

Its microclimate parameters are constant, do not contain any external aggressive factors, practically pollen free, and the temperature (14-16 ° C) is constant. High humidity, dust loads, air is extremely clean. These factors are inherently healing and soothing (allergic, asthmatic and other respiratory illnesses).